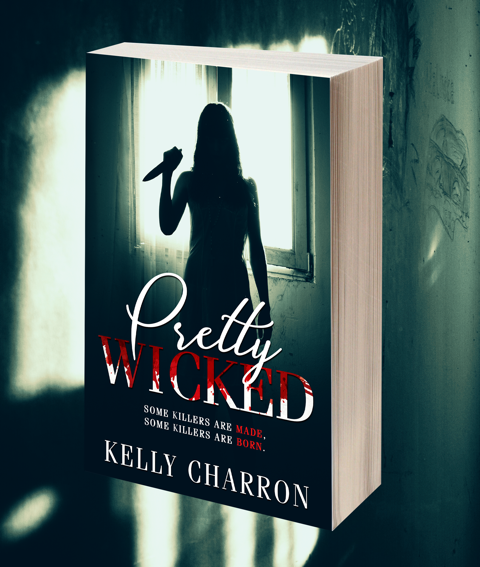 The daughter of a local police detective, fifteen-year-old Ryann has spent most of her life studying how to pull off the most gruesome murders her small Colorado town has ever seen.

But killing is only part of it. Ryann enjoys being the reason the cops are frenzied. The one who makes the neighbors lock their doors and windows on a hot summer’s day. The one everyone fears but no one suspects.

Carving out her own murderous legacy proves harder than she predicted. Mistakes start adding up. And with the police getting closer, and her own father becoming suspicious, Ryann has to prove once and for all that she’s smarter than anyone else—or she’ll pay the ultimate price.

Pretty Wicked is a mature YA novel intended for ages 16 and up.

“This creepy novel places you inside the mind of a twisted teen killer, which is even more unsettling because of how familiar and normal she seems. Be prepared to leave the lights on and look at the people around you in a whole new way.”

-Eileen Cook | Author of WITH MALICE

“Dark and haunting, this witty thriller with its petite feminine anti-hero is an American Psycho for teens. Be prepared to sleep with the lights on.”

“Pretty Wicked is fresh, thrilling, and deeply haunting. I’ve never read anything like it! The story escalates from page one and will leave your pulse pounding as you wonder just how far Ryann will go. 5/5 stars.”

I heard the bell ring in the distance. Lunch was over. I leapt up to go when I was struck with panic. What if someone had seen me walk out there with Veronica? No one could know what I’d done. My breath hitched.

I ran as fast as I could back to the yard and to the first teacher I saw.

“Mrs. Hopkins! Come quick, Veronica’s really hurt!” I pretended to be hysterical so effectively that she couldn’t understand me the first few times.

She bent down so we were at eye level. “Where?”

“We went into the woods at the far end of the property. I’m sorry. I know we’re not allowed, but she fell and she’s not moving! You have to hurry!” I sobbed, shoulders shaking, snotty nose. I don’t know how I’d managed to look so distraught, but I nearly convinced myself.

Mrs. Hopkins turned to a kid named Austin, who was in the grade ahead of me. “Go get Mr. Chute. Tell him to call 911 and to come out and meet me in the woods.”

Austin, who was paper white, nodded and took off like his ass was on fire.

I ran back with Mrs. Hopkins to the rocks where I’d left Veronica. She was in the exact position I’d left her. Thankfully there was no miraculous recovery waiting for us.

After she was taken away in an ambulance, Mrs. Hopkins and Mr. Chute walked me back and called my parents.

My dad showed up to the school, hugged me, and told me how brave I was.

After my mother had finally stopped fussing and checking on me every twenty minutes, I sat on my bed and thought about Veronica. It would be weird not to see her in class every day or hang out with her at lunch, not that we hung out that much. I was usually with Bao-yu anyway, but sometimes she came along. Maybe now B and I would be better friends. She wouldn’t have to share me anymore.

I wondered what I was feeling—if I was missing Veronica. But I didn’t think that’s what it was. The twinge in the bottom of my stomach didn’t have the achy hollowness that people refer to as a pit. It was more like butterflies.

I’ve always been fascinated with psychology and human motivation. Whenever I read a novel or watched a movie or television show, I was drawn to the villain. I wanted to understand what made them act the way they did––delve into what happened in their lives or minds to make them the person they had become.

When there was the odd story from the “villains” point of view, it seemed to characterize them as “misunderstood” and usually spun them into a likeable character who was the hero of that new version of the story. I wanted to write something unique and portray the villain realistically. What would the story look like if they were a true villain? I got the idea for a teenage serial killer who was unapologetic about who she was and what she wanted and thought it was really interesting to explore what her point of view would be if she drove the story and the “villain” was the detective trying to stop her.

Pretty Wicked is the second book I wrote and the first to be published. I have been writing for ten years. My first book was a YA urban fantasy that took me seven years to complete because I kept stopping for huge chunks of time while I completed my degrees (English Lit and Social Work). I finally got serious about writing in 2013 and have just completed my fourth novel.

I did query it to literary agents and received a lot of positive praise for the book. In the end I kept hearing the same feedback: it’s a fascinating concept, the writing and voice are great, but we don’t think we can sell such a dark book to a publisher. I completely understand this. I know this book is going to be very polarizing. People will either love the concept of hate it. So far I have had overwhelmingly encouraging feedback from readers who understand that this is a fictional story that is trying to do something different from most novels. There was some interest from small publishers but the wait times were longer than I was comfortable with. I decided if I wanted to see this book out in the world I was going to have to do it myself. It was an intimidating process, but luckily I have an amazing and brilliant support group who helped me along the way.

Psychological thriller, urban fantasy, and horror. I have two YA urban fantasy books, though one may never see the light of day. It’s my first book and would need to be rewritten before I decide its fate. The second (currently titled Wilde Magic) is the first in a planned series that I am very excited about.

The novel follows fifteen-year-old Ainsley Davenport as she moves from her life in Maine to attend a prestigious boarding school in Massachusetts after her widowed mother marries a wealthy man that she can’t stand. At Ashbury Academy, Ainsley meets a group of students whom she finds more sophisticated and exciting than any kids she’s ever encountered. Ainsley is pulled into a world of wealth and extravagance, but it isn’t long before she realizes some things aren’t adding up and there is more to Ashbury than meets the eye. One of the oldest covens in history, The Wildes, is hidden beneath the school grounds. Magic is alive and well, and the coven is actively training new witches in this secret enchanted society. Ainsley soon recognizes that she may be in over her head when she uncovers secrets that she was never meant to know. The magical kind. The deadly kind.

The Pretty Wicked series will continue with adult books. The sequel, Wicked Fallout, is currently going through editing and the third book in the series is brewing in my mind. I have some very fun ideas for Ryann.

Wicked Fallout takes place twelve years later when Ryann is 27 years old. That’s all I can say right now as to not reveal spoilers.

I actually do. I really enjoyed writing her. I don’t agree with anything she does at all! In that sense, Ryann is deplorable! But what I like is her humor and wit and the way she owns who she is. She was a fun character to write because she is so different to most characters out there. It’s like when you see a Hollywood actor discuss their favorite roles. Often they say the villain roles were their preferred because it was more fun and exciting to play. There are forbidden elements that make it a bit more exciting than the standard hero. It’s no different for me as the writer.

I have a day job so writing usually happens in the evenings and on weekends. I work in a school so I am fortunate to have shorter days, two vacation break periods, and summers off which really help me carve out the time needed.

On a writing day (Saturday or Sunday) I will get up, shower, eat breakfast, procrastinate with some TV and then get to it. I’ll make a coffee and park myself on my couch (even though I have a beautiful desk in an actual home office). I’ll write for about 2-3 hours (about 1500-2000 words on average). I may do another session later that evening if I’m really inspired. I watch a lot of television and read widely to inspire my creativity and ideas.

I also have an amazing group of friends who are writers as well and we meet up to have writing and brainstorming sessions, which is fantastic! 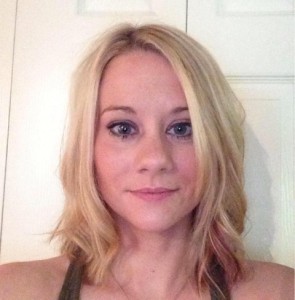 Kelly Charron is the author of YA and adult horror, psychological thrillers and urban fantasy novels. All with gritty, murderous inclinations and some moderate amounts of humor. She spends far too much time consuming true crime television (and chocolate) while trying to decide if yes, it was the husband, with the wrench, in the library. She lives with her husband and cat, Moo Moo, in Vancouver, British Columbia.